The G Spot: Google Gets Into the HR Tech Game, Because Why Not?

For a function long consigned to being something of a technological backwater, the very thought that the most ubiquitous, transformative and, arguably, the most innovative company in the history of technology has thrown its hat in the recruiting ring is, well, unbelievable.

So, if today’s official launch of Google Hire, the Mountain View based behemoth’s first foray into the HR Technology industry, causes some sort of cognitive dissonance and disbelief, well, that makes two of us.

Even the most casual of industry observers would agree that when it comes to recruiting and hiring, this market has long been underserved and underappreciated, consigned to something of a back-office backwater when it comes to technology.

Oracle’s dominant market share should be evidence enough to fully appreciate the absolute lack of innovation and disruption that’s occurred within the talent technology vertical.

That the other major players in this space include SAP, ADP and IBM should serve as a further sign that, well, this is an industry where even the most basic iteration is considered an innovation. This notion, frankly, is laughable when you consider that the major Tier One players in this space are so stagnant and stuck in the status quo that they’re still touting basic stuff like device agnosticism or SaaS enablement (that’s “mobile recruiting” and “The Cloud,” for all you HR Generalists out there) as selling points for their software and solutions.

Of course, these companies have little or no incentive to reinvent or redesign their core product offerings, considering they’ve long enjoyed something of a captive user base within the recruitment function, and going to, say, Workday Rising or ADP’s “Meeting of the Minds” (one of the more ironic naming conventions out there) is like getting into a Delorean and revving it up to 88 miles an hour.

In recruiting, the past isn’t prologue, it’s product – which is why if you ask any recruiter if they like their ATS, their reaction is likely to be about the same as asking someone with a college degree whether they approve of the Trump administration, albeit in aggregate, POTUS’ approval ratings still probably outpace those of your average HR Technology vendor.

It’s become something of a cliché to claim that hiring is broken, and one that’s not entirely true, if we’re being honest. Recruiting, in fact, works just fine – look no farther than the fact that we’re essentially at full employment and record job creation for proof. If anything is broken in this industry, it’s the technology that recruiters and candidates are forced to make work to find work; filling out their manifold (yet mandatory) forms and fields can be a full-time job in and of itself.

This is why today’s announcement of Google Hire can be considered something of a watershed moment in the annals of HR Technology history. If that sounds like hyperbole, consider the fact that, to date, the only real major consumer technology company to commit to trying to serve the recruitment market is Microsoft through their acquisition of LinkedIn. 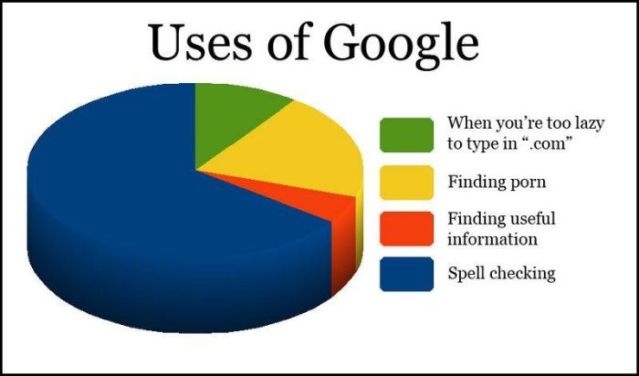 While this product play may yet prove prescient, a year into this marriage of inconvenience (for end users, anyway), there’s been no real product innovation or development of new features and functions beyond an annoying new UI/UX that has turned the site recruiters love to hate into something that looks and feels a lot like Facebook for old people, but with way less utility and a lot more fake news (er, “employer branding”).

LinkedIn has been allowed, largely, to function independent of the larger Microsoft ecosystem, and while the company paid a staggering price for this “professional network,” the billions of dollars spent on this acquisition look like the only real investment the company has made in recruiting and hiring, since apparently little to nothing has been spent on R&D.

The fact that the company which owns Dynamics and Access has yet to release an applicant tracking system (which they more or less already have) speaks volumes as to Redmond’s real recruiting intentions, which seem to be more focused on PII population than product development.

Not so with Google, which has invested significant resources into developing and building a proprietary recruiting technology from the ground up (more or less) – signaling that the company’s commitment to recruiting and hiring transcends the somewhat limited scope of Hire product unveiled today.

And, obviously, unlike LinkedIn, Google’s roadmap is aligned with those of the end users it’s trying to serve, which is why, per the company, Hire was built explicitly to meet the real needs of real recruiters and employers.

The company, which has put an inordinate amount of time, resources and attention into developing G Suite into a comprehensive B2B offering, has succeeded in displacing MS Office, in particular, as the productivity suite of choice for nearly 3 million businesses (and counting) in the span of only a couple of years, demonstrative proof that there’s not only an appetite for Google products in the workplace, but also a very real demand.

And it’s these end users, the company said, that represent Google Hire’s obvious advantage in gaining market and mind share, since the system is available only to G Suite business customers.

Why Google Got Into the Game.

Google, obviously, knows a thing or two about tracking data and optimizing processes, which is how the company first noticed that many of its G Suite customers were actually using the software for recruiting and hiring. “A lot of companies have a tool that they’re already using to recruit today called G Suite,” said Google Hire VP Bogomil Balansky.

“If you think about the activities happening in Google apps – from emailing candidates in Gmail to scheduling interviews in Google Calendar to using Google Hangouts for video interviewing – you see every part of the recruiting process except for an optimized ATS experience. Today, people have to jump between tools and apps, and have no real way to capture the recruiting process in a centralized or cohesive manner,” Balansky said.

Google Hire was designed to resolve some of those inefficiencies, the answer to a question Google first posited when noticing the significant number of G Suite customers effectively using it to handle hiring: “how do we bring the recruiting process directly into G Suite?”

Hire adds functionalities like posting jobs, managing and communicating with candidates, video interviewing, consolidated scheduling and conversion tracking to the core G Suite experience, providing a powerful tool in the war for talent – and one that, like most Google products, is both elegant and intuitive, staggeringly powerful yet surprisingly simple.

It is, in short, the product that many employers – not to mention the candidates they’re hiring – have been waiting on for a very long time.

What Google Hire Means for Recruiting.

While I’ve only seen a short demo, all I can say is that it looks and feels a whole lot like the ATS of the future, and for all the lip service our industry has paid to the “consumerization” of HR Technology, Google has actually created the convergence between these two dissimilar and disparate worlds.

The company sees recruiting as a ‘greenfield’ opportunity, recognizing that most G Suite clients don’t have an ATS or any sort of dedicated recruiting system, and sees Hire as a way to create efficiencies in the hiring process and help primarily small employers – who, Google points out, account for about half of all hiring in the US – level the playing field when it comes to finding and hiring top talent, helping them save significant time, money and effort by standardizing and streamlining their hiring processes.

Hire, which has been in an “early adopter beta program” for a year, already has over 100 paying customers – and these early adopters, unlike many emerging ATS aspirants – are not the usual suspects, with an impressive diversity in the geography, industries and company size of customers already using Google Hire. These include a pizza delivery shop, regional real estate companies, plumbers and even, yes, a few Silicon Valley tech startups.

In other words, theirs is a user base that’s representational of the customers their hiring solution purports to help, unlike many of their competitors, whose heavy install base involves disproportional representation among Silicon Valley startups, with roadmaps, features and functionality largely designed for their needs rather than those of the wider base of employers they purport to serve.

That’s why, on Day One, Google Hire is already light years ahead of most of its competition in terms of helping drive hiring efficiency and productivity within the SMB market – and will, surely, motivate many current entrants in the SMB market to continue their upstream swim for the enterprise space, which Google Hire is (to date) not targeting, with its average customer having somewhere between 10-12 job openings posted at any one time, according to company data.

For those whose vendors whose solutions aren’t built to scale, or who only target the SMB space, such as Jazz or Workable, today’s announcement should signal the beginning of the end. For other vendors, the mere presence of Google in the HCM and ATS space should serve notice that if they’re not innovating and meeting the real needs of real customers, they’re likely not long for this world. While the company maintains its currently only open to existing G Suite customers within the US, the fact that Google has built a distinct business unit with a dedicated sales and product team likely means it’s only a matter of time before they make a move for a bigger piece of the pie.

For now, though, the company plans to build partnerships with other vendors, such as SmartRecruiters and Lever, around their new Jobs API (among other integrations) to ensure that Google is able to serve the needs of the broader market, specifically, employers who aren’t already on G Suite, non-US based companies or those with over 1,000 employees.

That means that, for now, most TA organizations or enterprise employers will see little to no impact from Google Hire’s launch. Of course, that day will probably come, and when it does, well, legacy vendors and emerging enterprise solutions had better be ready. Because as of today, they’re officially on notice – and while few have the resources or technology to win against Google, any efforts to rethink and retrench their current offerings will be good news for their customers, candidates and clients.

Which means, even if you’re not one of the target companies for Google Hire, if you’re in the business of hiring, it’s anything but business as usual in the world of HR Technology. And that, my friends, is good news for everyone in our industry. Except, you know, if you happen to work for Oracle or Workday.

Karma is a bitch like that, and what goes around, as they say, comes around. And Google Hire is one of the most exciting products to come around the HR Technology space in a very long time. Here’s hoping that they, indeed, are not evil – because frankly, there’s enough of that in this industry already.

← Something You Forgot: Sentiment Analysis for HR and Recruiting
HiQ Lawsuit: When LinkedIn Loses, Everybody Wins. →

4 Comments on “The G Spot: Google Gets Into the HR Tech Game, Because Why Not?”