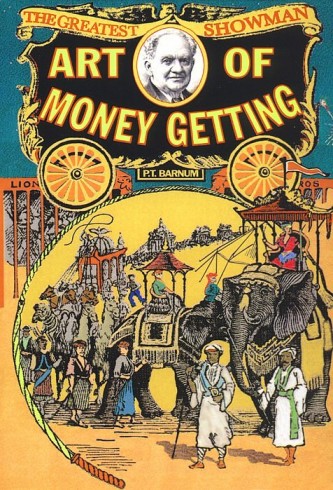 There’s a lot of people out there talking about the skills gap out in my chosen line of work.  Apparently, somewhere along the way, women decided that the necessities of stuff like going through a horrific physical transformation in order to ensure the survival of our species, around the same time that high schoolers figured out that majoring in liberal arts involved way less homework than something in science.

Dude, c’mon.  As someone with a BFA, let me tell you that I probably could have done something real, but I got to watch movies for class and write screenplays instead of term papers, so there went any possibility of helping close said gap.  The fact that there aren’t enough women in biology or professional mathematics, which must be a thing because all this stuff stems from STEM.

Yes, science, technology, engineering, and math.  That sounds sexy, right?  I’m guessing they start a campaign with the tagline: “Who needs to get laid when you’re getting paid,” they’d increase the number of engineering graduates by like at least 25%.  But the fact is, those huddled masses of liberal and fine arts majors like me will always outnumber those kids we used to give wedgies to.  And a lot of us end up here, in recruiting, because they let you in the door with no qualifications – because there aren’t any at all, really.

So it’s not really all that surprising that the people hitting the Boone’s Farm harder than their books and chose altered over organic chemistry have a hard time hiring the very same nerds they once treated with such scorn.  Indeed, the geek will inherit – or at least, cash in a few IPOs if he plays his cards or patents right.

But that doesn’t mean that the guy sending that InMail about a biotechnology R&D quality control specialist position in a clean room knows what the actual hell that means, or where it is, exactly, all these diverse by OFCCP standard software engineers are.  No matter how many career microsites or display ads they buy, or job board posting slots, recruiters just can’t seem to figure out why they simply can’t find all those biologists with boobs out there.  It can’t be them, because, well, they’re the experts in finding “top talent.”

So, they do the only logical thing: they turn to Google, and type in a wonderfully built Boolean string like, “places to find engineers in san jose,” and lo and behold, these technical wizards see a bunch of content from recruiting and staffing vendors – which, thoughtfully, is written by people like me, who are about as qualified as anyone else with even fewer career options than even the most junior recruiting coordinator.

Why?  Because I can make shit sound comparatively better than shit about the same thing.  That’s really the only qualification I really have.

The one thing people always say to me, whether I’m looking for a job or deciding who gets one, is that I have an “interesting” background.  Generally, that’s accompanied by a sneer – like, dude, what the hell is it you do, exactly? And I can’t even begin to tell you the answer.  The general answer I give, by the way, is ‘I’m a writer,’ and at the end of the day, I think that’s about accurate.

I get paid mostly by perpetuating myths like the fact that it’s the market or the technology, not the dumb asses you hired to hire really smart ones by vendors whose business is predicated on scaring the shit out of people.  It’s a good business.  Billions, actually  But it’s one that can only stay afloat by convincing companies that there’s an endemic problem out there, for which they coincidentally have a solution (provided, of course, you’ve got the budget).

You’re not going to push a ton of product by saying “just put that up on Craigslist with an anonymous e-mail address and you’ll be fine for that temp job,” or “your people are probably going to stick around because you hired a bunch of C-Players.”  So you’ve got to say that stuff like “contingency recruitment marketing strategy” or “employee engagement and retention” and paint the picture as dire – did you know that the way we do shit is changing?  That social media is a thing?  That people do more than talk on their cell phones?

Those broad and obviously rhetorical questions are my bread and butter, because, well, it’s easy to prove that the sky is blue or that video interviewing saves companies on travel and relo costs (ding; white paper idea).  Similarly, it’s pretty obvious to the most casual observer (like those “active candidates” who are “experiencing” how lazy they actually are) that recruiters are, as a profession, a bunch of idiots.

After all – and I’ve got enough public proof to not sound overly douchy asserting this – enough of them think I know what I’m doing to convince me of this fact, because I have no more clue than any of you guys – I just know that the real skills shortage has to be people with the ability to write about this stuff, because if your road to better recruiting led here, you’re screwed no matter what I tell ya.