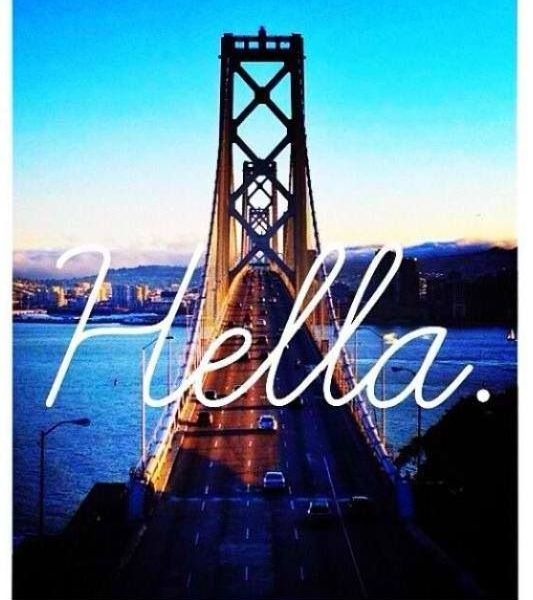 It’s no secret that I’ve long hated the San Francisco area. These reasons, of course, extend beyond the more obvious, superficial stuff.

While I have a sincere and deep-seated animosity for Giants and Golden State Warrior fans, streets that perpetually reek of urine and the gratuitous usage of the word hella, the real reason I dislike NoCal is that it’s one of the most insular, provincial and out of touch places on the planet.

The bubble surrounding Silicon Valley isn’t limited to ridiculous valuations on ridiculous startups, but rather, to the prevalent mindset of a place that’s too busy worrying about what’s happening along Sand Hill Road or South of Market to take a step back and realize what’s going on in the rest of the world.

And, if you look past the peninsula of Ghirardelli, Google and geeks, you’ll see a growing distaste and distrust for a place that has become, in the popular imagination, the real world version of the Capitol in the Hunger Games.

It seems relatively obvious, the Bay Area city-state plays a similar role in dominating the rest of the planet for the explicit purpose of economic exploitation.

Catching Fire: The “Don’t Be Evil” Empire Strikes Back.

The Cloud casts a long shadow, and the Silicon Valley Empire has spread its tentacles to even the most remote corners of the world, from rural India to sub-Saharan Africa.

Those in the Capitol, of course, see this as altruistic, a way of connecting the world and its people in ways they’ve never before dreamed of.  Those in the Districts, conversely, view this intrusion with justifiable suspicion, understanding, to some degree, that they’re being exploited by tech’s global behemoths, even if they can’t explicate exactly why, or how, these companies are using them or their data.

They implicitly understand the tradeoff of convenience for privacy, and most gladly make that trade; after all, since the wealth generated by companies like Google and Facebook is concentrated in some sort of mythical metonym, they never see the inequalities that Silicon Valley’s global economic ascendency has created.

This is good, for as much as Silicon Valley likes to commoditize the word “revolutionary,” there’s an entirely different type of revolution going on.

The rest of the world is not only challenging the long undisputed hegemony of the Bay Area within the technology industry, it’s actually slowly beginning to lose ground to the forgotten flyover states and far-flung foreign outposts Silicon Valley has long considered colonized.

If you take a look at trends in tech, however, you see that the real disruption is happening not as a Bay Area buzzword, but rather, to the very foundations upon which Silicon Valley was built. Business as usual there, it seems, is anything but.

Of course, to really see the dramatic changes undermining Silicon Valley that are already underway, you have to first be willing to go outside the bubble from San Jose to Santa Clara.

Sure, you could go to China – the world’s largest (and most insular) technology market to see firsthand the Sinification of Silicon Valley and what’s going on in its most formidable foreign competitor.

Or, you could go to India, to see how smart phones and data plans are transforming thousands of years of tradition, ending millennia of isolation, creating economic mobility, democratizing access and increasing interconnectivity in ways this developing nation could have foreseen only a decade or so ago.

But really, the best way to take a look at this tech trend is by looking at a market that’s equally foreign to most Silicon Valley denizens, emerging and established alike: the rest of the United States.

The roadmap for the future of technology, it seems, is pointed squarely at flyover country, y’all.

What the Rest of the World Wants Silicon Valley To Know. from Matt Charney

Politicians and pundits have long touted the fact that there are two Americas, but fundamentally, the bifurcation between “Red States” and “Blue States” has less to do with partisanship and more to do with economics.

The former is often ascribed to Red States, and the latter to Blue, but by no means is this canonical or even correlated – industry happens in both the Rust Belt and the Coasts (in fact, California also is the largest manufacturing state in the nation as well as the top agricultural producer, both staples of the Industrial economy).

More and to the point, Innovation doesn’t only happen in the highly concentrated pockets of knowledge workers in places like San Francisco or Seattle; increasingly, it’s happening in traditional strongholds of Industry.

While the traditional narrative is that cities in “flyover country” are largely on the decline due to the stagnation of middle class wages and the death of blue color jobs at the hands of offshoring and automation, the innovation economy’s shift from Sand Hill Road and Stanford has been a boon to industry, too.

This is because the jobs traditionally clustered in San Jose and San Francisco, jobs like software engineers and programmers, developers and product managers, are no longer confined specifically to the “technology” sector. Because of the profound changes technology has made on all industries and sectors, so too have all industries and sectors developed their own tech capabilities.

The tech hiring gains in sectors like retail (whose demand for tech talent rose 7.5% over the last 5 years), banking (up 2%) and even manufacturing (1.7%) grew at a faster clip than traditional technology and software companies, whose demand for coders and programmers grew only 1% over the past 5 years – a rate that lags behind overall job creation across all sectors (3.4%) since 2012.

One of the reasons the “war for talent” has become such a hyped and hyperbolized phenomenon in Silicon Valley is that companies clustered there are paying a premium for the finite supply of skilled tech professionals in the area.

In fact, employers in San Francisco pay an average of around $113k for tech jobs; compare this to the 81k employers in Detroit are paying for the exact same positions, and you’ll see why staying in Silicon Valley makes little to no business sense.

This may be one reason why Detroit has seen tech employment rise .8% YoY, surpassing San Francisco’s .6% growth. Of course, economics tells us demand follows supply, and staying in Silicon Valley makes even less sense for workers than employers.

The average cost of a 1 bedroom apartment in San Francisco has skyrocketed to $3,720 a month or $44,640 a year; compare this to Nashville, which, according to Bloomberg, has seen the highest rate of growth of tech industry jobs in the US in the last 5 years at 46.8%.

In Nashville, you can currently get a 4 bedroom, 3.5 bath, 2500 square foot apartment in the heart of the city – and still end up saving around $600 on the price of a studio South of Market.

In fact, adjusted for cost of living, the average programmer making $130k a year in San Francisco would have an adjusted salary of only $73k against the median cost of living across the US. Which, let’s agree, isn’t a whole hell of a lot for some of the most highly skilled, in demand talent pools in the country.

Compare this to Washington, DC and Austin, which round out the top 5 markets for tech talent in the country, where the adjusted income for that same programmer works out to around 90k a year, and Silicon Valley looks even less attractive for employees, base compensation be damned.

Of course, there are often a litany of perks offered by Bay Area tech companies to remain competitive when attracting top talent, but let’s face it – pretty much every employee would opt for a 20% increase in salary over these idiotic inducements. You’d have to get a whole hell of a lot of free dry cleaning and eat pretty much every meal at the company cafeteria to even come close to purchasing parity, period.

When attracting, engaging and hiring skilled tech talent, the statistics also suggest that fully 40% of developers and programmers who make a move list “higher salary” as their primary reason for making a move, versus only 10% who cite benefits as their primary motivator.

No wonder over 2 in 5 tech professionals currently working for San Jose or San Francisco based employers are either open to or currently pursuing relocation to other markets, according to a recent survey, a full 15% higher than second place Boston.

The majority of Bay Area respondents, however, were motivated by cost of living, where their New England counterparts were primarily motivated by wanting to move away from where they went to school, which makes sense.

A Cold Day in Hella: Bursting the Silicon Valley Bubble.

In another poll, 68% of tech professionals reported that working in Silicon Valley was “not important” to their career aspirations and job search. Another 20% said they would not consider opportunities in the Bay Area. This is hella bad news for a market that’s already suffering from a pretty massive brain drain.

While the tech industry has traditionally coalesced in Silicon Valley, its position as a talent magnet is currently in jeopardy. The primary reason it’s become a metonym for the entire industry has been its ability to attract the world’s best and brightest minds, and proximity has not only bred familiarity, but some of the history’s most innovative and disruptive breakthroughs, from semiconductors to social media.

Silicon Valley has long had the luxury of focusing its attention almost exclusively on developing transformative technologies and building companies.

But increasingly, the tech industry must confront a more formidable – and mostly unknown – new competitor: the rest of the world. And for now, it looks a lot like that bubble may be about to burst.

← HiQ Lawsuit: When LinkedIn Loses, Everybody Wins.
Git Up, Git Out: Why Prisons Are Killing Diversity in the Workplace. →

5 Comments on “The Road to Hella: Why Silicon Valley Doesn’t Really Matter Anymore.”