The Lovers, the Dreamers & #SHRM15

I’ve always thought that HR practitioners were kind of like puppets, with people with P&L decision making and executive management positions more or less manipulating this function by proxy while making the back office Betties and HR Business Partners (an oxymoron if ever I’ve heard one) be manipulated into thinking that they’re the ones pulling the strings.

While the content at SHRM this year was a little Mortimer K. Snerd (only more wooden and older than that reference) meets Lambchop (moralistic motivational speeches aimed at an elementary school level of intellect), I did find myself repeatedly thinking about another puppet show entirely (and I’m not talking about Punch & Judy, which apparently is the basic premise for employee relations and performance management).

I realized, as I walked through the exhibition hall and looked around, that I had somehow wound up surrounded by the extended cast of the Muppets.

This first came when Hammering Hank Jackson himself opened with a oh so relevant keynote that proved that, like Mr. Rogers, while you can spend your time in Neighborhood of Make Believe, but that train has left the station for the world outside of the 15k people or so who spent a ton of money for the privilege of hearing Mr. Jackson deliver such gems in his keynote as the fact that globalization is changing business (probably because without international growth, SHRM doesn’t have a chance at survival since they’ve tapped the US market out) and that tired trope of Gen Y stuff that, let’s face it, is fear mongering among a membership that’s graying and aging faster than almost any other segment of the workforce – don’t believe me, look at the fact they’re actually strategic partners with the AARP.

During this self-congratulatory posturing opening – one that reminded me a little of the Nuremberg Rallies or the North Korea Mass Games, considering the unfounded, dogmatic propaganda being spouted from the stage, I tweeted out this (and looking at the virality of this banality, I wasn’t the only one who felt that way):

This is what everyone who ever talks about “Millennials” sounds like to Gen Y. #SHRM15pic.twitter.com/deTSUHwSHo

Then, Coach K came on directly thereafter, and of course, this immediately came to mind:

So, I decided while it’s not easy being green (unlike, say, benefits administration), I’d continue on the fact that Jim Henson would be proud that, at SHRM at least, his legacy lives on within the HR profession. Here are the five kinds of attendees at SHRM, in Muppet form. No strings attached.
5. The Product Sales Guy/Mr. Johnson: You know, the guy in the suit standing behind the table with some pamphlets and starbursts covering up crappy brand marketing trying to sell some really irrelevant service like marijuana testing or Midieval Times’ corporate events, although at least the latter is somewhat apropos for the SHRMpaloompas, since at least it’s like a high school reunion: 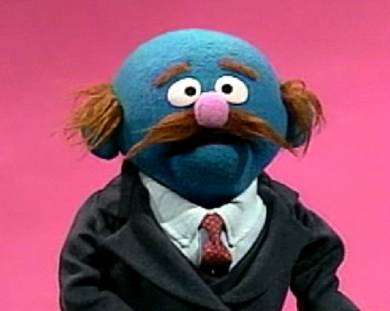 4. Diversity & Inclusion Specialists/Rowlf: From the Lionel Ritchie style curls to the fact that no one says anything bad about them, and while they’re an important member of any HR organization they’re also kind of forgettable, with the demographics and societal norms around these concepts shifting significantly, they’re both barking up the wrong tree (although at least Rowlf can play a killer Jazz piano). 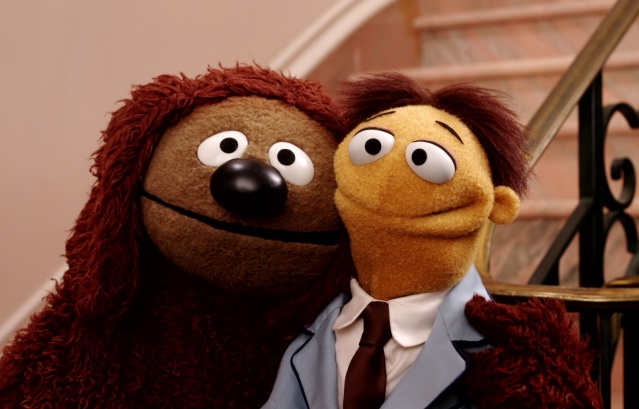 3. The Employment Attorney/Sam the Eagle: This is the guy who cares about FMLA violations, kills any innovation by minimizing risk, and has no sense of humor whatsoever, but you don’t want to get on their bad side, or else…

2. The #SHRM15 Bloggers/Oscar the Grouch: For those of us who don’t need to dust off our Twitter accounts once a year so that we can pretend that we get it, or who know how the world has evolved besides whatever’s in the latest issue of HR Magazine or posted in the study guide for the SHRM certification, it’s kind of hard to look at this with a sense of humor. Easier to pop out, angrily bitch and then live off the largesse of people much kinder to you than you are to them without leaving the trash can that was the blogger’s lounge (hey, they had streaming video in there)…

…and finally, this one’s really too easy. 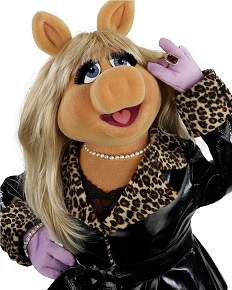 I mean, she looks like she’s ready to go see Jennifer Hudson and then hit the penny slots.

1. The SHRM Board of Directors: 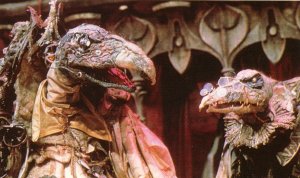 2. …a big welcome to our International Members!

3. The Social Recruiting or Employer Branding Contingent, or anyone consigned to speaking on the Smart Stage. 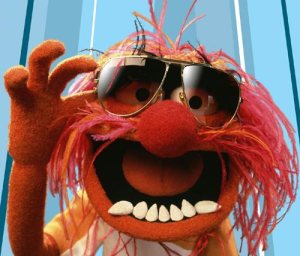 4. The Industrial and Organizational Psychologist 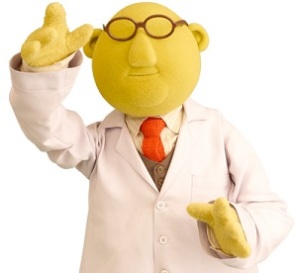 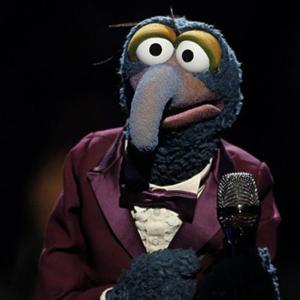 …and then, there’s me. You’d think it’d be Oscar the Grouch, but you’d be wrong…

Yeah, I know, that was the worst post I’ve ever written. But hey, see above.