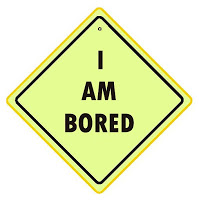 I started this blog as a way to kind of aggregate all the content I put out on other sites in my day job, which, in hindsight, probably wasn’t necessary because, well, I’m a writer who hates to write and has about the same level of output as Harper Lee (although obviously not in quality).

I kind of regard myself as a blogger, because it’s an easier self-identifier than, say, “content marketing whore,” so the other day, someone asked me a question that, frankly, I’m surprised I hadn’t been asked before.

So do you actually have, like, a real blog besides all that corporate stuff?

And the answer, truthfully, was no – because if I’m writing original content, it better be because I’m getting paid for it or because it’s got more readership than a vanity URL could ever afford and, yes, at the end of the day, I am a whore.  But so too is anyone who makes their living doing social media.  It’s one of those on-the-job hazards.

But rather than pump out more articles on HR and recruiting (which I’m running out of things to say about), I’ve decided that it might be kind of cool to blog for fun, too.  Talk about topics more interesting than workforce planning or talent communities or whatever the buzzword du jour in that incestuous industry is.

I love the beat I cover, so to speak, but the truth is, it’s not that much fun to write about.  And I’ve really begun to dread sitting down at a keyboard as Forrest Gump so eloquently put it, “that’s all I’ve got to say about that.”

Plus, I have to sanitize a lot of my voice and tone, and talk in the dreaded second person since, you know, there’s no “I” in brand marketing.   Plus my readership is HR professionals, who find solace in the status quo and hate it when you drop an F bomb in there.

So instead I have to edit as much as I have to write, and that fucking sucks.  I always been more stylistically simpatico with Faulkner than Hemingway  in the sense that stream of consciousness seems a far more enjoyable pursuit than trying to be as terse as possible, and besides, that’s what Twitter’s for.

Moving forward, while I’ll still be republishing my HR and recruiting content here, I’m also going to try to keep some original content here that I don’t have to censor or promote or have an agenda.  I can’t speak for consistency because I’m lazy like that, but since no one’s reading this anyway, I figure I might as well start saying something about that whole life part of the work-life equation.  That is, if I have one.  This remains to be seen.

And if there are any spelling, grammar or formatting errors, screw it.  I’m off the clock.