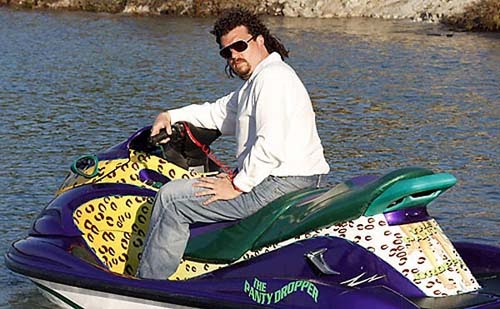 They say you can’t go home again, and that’s only a little true. Truth is, I’m not even sure where home is, anymore, other than maybe that familiar, recurring HR conference circuit road I’ve already done a half dozen laps on.

I’ve got a hell of a name badge collection, by the way, and likely the world’s largest HR technology branded lanyard collection. In many cases, these are badges of honor – like the Monster career fairs I had to work in the height of the recession in Sheratons next to airports in cities that shouldn’t even have airports to begin with.

Making the Rust Belt economic situation seem rosy on social in 2009, by the way, wasn’t the world’s easiest PR job, particularly when you were doing it for a much maligned job board unfairly blamed for the macroeconomic maelstrom that was the real reason finding work wasn’t working.

I’ve also had – and this is a way more recent development – the chance to pick up some badges that remind me of how truly good the road – and recruiting writ large – have been to me.   I’m beyond lucky that my recruiting road trip has given me the chance to travel through Helsinki in a trolley that also operated as a speakeasy, or having a networking coffee as the sun broke over Sydney harbor. We’ll not even talk about Amsterdam or Vegas – that’s another article entirely.

But once a year, as it did this week, that road leads home. And the badge that probably means the most to me is among the more pedestrian of annual HR events: the annual Missouri SHRM State Conference (#MOSHRM) in beautiful Camden County, MO. 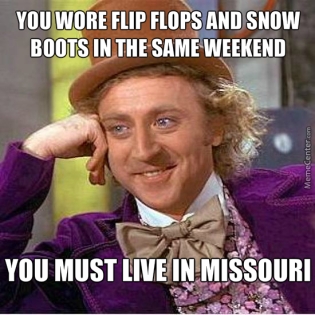 Disclaimer: I technically grew up in Kansas – which is why I’m putting up with 3 days in Wichita for my home state’s SHRM event – but a conference held on the Lake of the Ozarks, at the same resort I remember going to with my parents as a kid (the same parents who busted me on that same lake when I was a teenager, for reasons that do not need reporting here) – is a lot more home to me than Wichita will ever be.

Even people from Wichita don’t like Wichita, frankly, whose greatest shocker is the Shocker, an anthropomorphic and eternally angry bundle of wheat who serves as the inexplicable mascot of Wichita State University, as seen busting your bracket.

But when Kansas City is the epitome of big city in a region that’s Middle America and the middle of nowhere at the same time, everyone loves going to the Lake.

That’s because the perpetual adult Spring Break that happens in the Ozarks each summer next to aptly named Party Cove is the wildest excuse for day drinking this side of the Arrowhead Parking Lot or the Show Me State Fair in Sedalia (which is basically the same thing, but with some shady rides thrown into the red meat, red state mix).

But after you drive down winding state highways for hours through half deserted towns of decaying storefronts and aging one pump service shops ringing the road, you realize that even those left in those dying towns have to do something for a living.

You realize, as you drive through a place like Springfield, which, while a large town with a halfway decent state school feeding its talent pipeline, probably isn’t the easiest place to find, say, a highly skilled programmer for a company like Bass Pro Shops or O’Reilly Auto Parts, both headquartered there.

Or that trying to find temp nurses for assignments places whose population could fit into the first two rows of the #MOSHRM conference, or at least those RNs close enough to drive the backroads and byways to Nevada, Mexico, Versailles or any other number of out of the way cities cutting their way across the state like its eponymous river. 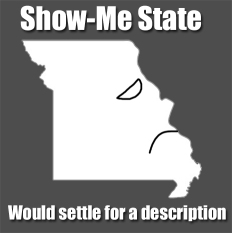 A Show Me State of Mind

I don’t mean to minimize Missouri or discount its importance. After all, anchored by two major metropolises on the exact opposite extremes of Missouri’s state lines, Missouri is a swing state critical for presidential aspirants (like native son Harry Truman) and the rare purple state where red and blue coexist side by side, reminiscent of the color scheme of the other great dividing line in the state, the Royals and the Cardinals (although baseball is a sideline for NFL Sundays for one of those fan bases).

Missouri serves as headquarters for global businesses such as Enterprise Rent-A-Car, Hallmark, H&R Block and Monstanto, and actually hosted the first Olympics ever in America, all the way back in 1906. That was the same Olympics that were part of the World’s Fair where hot dogs, ice cream cones and hamburger buns were introduced for the first time. Talk about All American – and talking to recruiters there shows the forgotten side of the American workforce.

But try talking about how cool social recruiting is to the woman who works at the non-profit who sat in my session and revealed her company, despite being a high volume, high turnover employer, only accepted paper applications – in a town of about 25,000 (that’s like the size of Los Altos, for reference for you Silicon Valley types), where anyone with a clean record who shows up on time reliably is a relative rarity (also, much like Los Altos or similarly sized San Bruno, even).

Makes you feel guilty for complaining about your applicant tracking system, doesn’t it? But the thing is, while major ATS and HCM companies either sponsored or exhibited at Missouri SHRM, the field sales reps standing behind the booths have to fit the needs of people in places like Osage Beach, the resort town with a transient population and limited local labor where the conference was held).

The software they’re selling is being created, and its marketing dictated, by people in places where those same “creative” escape to en masse after graduation, if they can – places where you forget that there are places where companies have more need for warm bodies than there are warm bodies in those places to fill them – and that’s likely a big miss.

SMB, in our parlance, means start-ups and high growth companies, not the kind of mom and pop stops whose most effective recruitment advertising is a classified in the local paper or on the single FM station in the area, or even a billboard next to the state highway cutting through towns dying because, like companies, there’s just not enough talent there to sustain their existence, much less prosperity.

No Cloud Cover: Location Based Recruiting

To many recruiting and HR professionals, the reality is that like in real estate, location is everything, and where there are still jobs but few opportunities, recruitment more or less exists in both a state of purgatory and a necessary status quo.

It’s these recruiters who are unrecognized but often far craftier than their counterparts from companies with budgets to spend on national conferences and continuing education, and who don’t care about employer brand so much as finding someone who can answer the phones and talk to customers without creating a lawsuit.

It took me going to Missouri SHRM to show me that the Show Me State is the real battleground for the “war for talent,” and that war looks a lot different from Missouri than Menlo Park.

I’m willing to bet in any single city by the Bay, you could probably populate a high growth tech startup exclusively with Missouri natives, building technology to connect a world that, ironically, might only be moving the world they’re from further away from the new possibilities they’re pioneering. And forget, except the annual and obligatory trip home, these are the real talent communities we need to build the technology to nourish.

And that, as they say, is enough of that. I’m done with my populist pulpit – for today, anyway. But that’s what I learned at #MOSHRM. Which, by the way, is still a pound sign in some places – like the place I’m lucky enough to call home. Or close enough to think of it as such, except during Jayhawks basketball season.

← To Catch A Recruiting Predator
Communicative Diseases: Why We Suck At Engagement →