Millennials Drive Like This: The Why of Gen Y 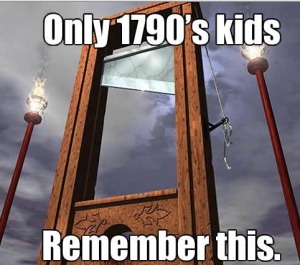 What if I told you that a sketch comedian and a capitalist came together to basically invent an entire category of HR theory? That’s not a joke – that actually happened. Before the term Gen Y was first coined in Ad Age (1993), or Douglas Coupland first strung together the words “Generation X” (1991), William Strauss and Neil Howe got together and captured what probably was not a zeitgeist as much as a good old fashioned tent revival-style bid to part that fool and his money.

Strauss, you see, was at the time a member of the Capitol Steps, which is like the dinner theatre version of that “I’m Just a Bill” Schoolhouse rock video.  And Howe?  He was an economist for the Blackstone Group, which is to say, the ultimate Wall Street guy, a banker’s banker, credible, sure, profit hungry, well – that’s the entire point of private equity, and its sole agenda.

Howe, being the obviously more legitimate of the two, having apparently never having the privilege of lampooning an obscure congressman in a drag barbershop quartet, realized that he could tap into his friend Strauss – who, OK, was also a lobbyist, obviously because K-Street is a fertile source of all great satire.  But it was with this “think tank” which is to say, a lot like a vendor sponsored white paper – there’s a definite agenda, in this case, geriatrics.

That’s right, geriatrics.  See, Strauss and Howe didn’t actually develop the underlying theories that formed the entire basis of Gen Y myths and misconceptions by having a background in them, a legacy that lives on today every time most “thought leaders” on Gen Y whip out a fancy slide deck.

They must be proud of this legacy because these guys had the same target demographic as generational theorists and Murder She Wrote fans: the very, very old.  And then, like Captain Planet (for Gen Y) or Voltron (for Gen X) or Mr. Potato Head (for the Boomers) or a real potato (for Traditionalists), their powers of politics and profit combined to produce (drum roll): Generational Theory!

They wrote this book called “Generations,” you see, and it is like the Bible in that it created a pretty good side business beyond publishing – that cash cow that is consulting.  You know the one.  Although when you think about it, the Bible might have established it first, since all those ‘begats’ and and 70’s NBA sounding names strung together could make a claim for generational theory, but then again, the Bible could make a good claim for anything until you actually think about it.

And those two men, like the disciples, went on to spread the Gospel through consulting and founded a company called LifeCourse Associates.  The fact that this “training firm” (see: lobbyist, investment analyst) sounds like a church is, of course, completely coincidental.

Well, also like the Bible, Strauss & Howe’s landmark “Generations” goes back a really long time in its tracing of lineage: 1584, to be exact.  Why? Why not? It was a good year, after all, if you’re into scurvy and the Holy Roman Empire.  But Strauss and Howe were actually trying to understand a more recent phenomenon: why the worldviews of Boomers and “Traditionalists” (in those days, “GIs” was the term) developed such different world views.

I am not purporting to know sociology here, but let me take a few stabs at why Boomers and Traditionalists might have developed differentiated life outlooks:

But those answers would be too obvious, and besides, too hard to sell as a service to HR departments.  No, they went the other route and took the time to show how these four generational profiles alluded to since 1584 just kept recurring, in painstaking and wildly hypothetical detail, society reincarnated continuously.  Until 1999, which just happened to fall nicely at the close of another of these 18 year cycles.

As the existence of the show Ancient Aliens suggests, you can pretty much sell speculative history to the general public all day, and this book, like a Sue Grafton mystery, sold very well and contained very little substance. So after making this money and likely blowing it sometime between savings & loan and dot com, they decided they would “reexamine” their landmark study.

And looked at why, yet again, Gen Y was so different than Boomers, the original hypothesis advanced another convenient cycle of generations as explained by their original text. This book, called “Millennials Rising: The Next Great Generation,” showed how basically, we were going to enter another Eisenhower era and ultimately cycle back again.

Its sample size was “individuals from the class of 2000,” which is where the term Millennial was born – they turned 18 in 2000, and anyone who predates Millennial from before 1982 ignores the entire raison d’etre for that awful buzzword.

Anyway, since when you’re a lobbyist or a hedge fund guy, you don’t want to actually be driving into the inner cities or barrios or those places where the people you spend days trying to screw over actually live, and where a significant portion of the Class of 2000, those same crazy kids who would go onto vote for Gore in that year’s elections by overwhelming margins, could be studied in any depth.

And because the DC traffic sucks, they decided they’d look at Fairfax County, Virginia.  If you haven’t heard of it, or haven’t gotten lost getting out of Dulles, this is like saying “Beverly Hills 90210” or “Saved by the Bell” were representative examples of an American high school for the period, period.

Let’s take a look at some quick facts from the only objective source for demographic information ever, the US Census, conveniently also updated in the year 2000 to learn more about Fairfax County:

1.     This was the first county in the US where the average household income reached the 6 figures.  So, basically covered with ads for the Ladders. Ah, Wimbledon.

2.     They have a comparison for wealth: those snobs next door in Loudoun County to whom theirs is only the second richest county in the nation.

3.     Transparency is a value every child is taught when you grow up sharing space with the headquarters (and large percentage of employees/parents) of the CIA (Strauss’ peeps) and giant defense contractors (Howe’s peeps).

Surprising fact about Fairfax County: It’s actually pretty diverse with only 70% of the population responding “white alone” (hint of irony, but that’s what the form asked) in the Census 2000.  But it was also, back in 2000, only 88.97% non-Hispanic, and 3.65% biracial – numbers that, respectively, changed by a statistically significant margin in a decade (just over half a “generation”) in the 2010 census, although both remained well below the national average for both statistical categories. Hispanic and bi-racial respondents were nationally the fastest growing protected classes by race in the 2000 census (HR speak intentional) by a huge margin, a trend that’s peak seems to be accelerating on the parabola.

Those would, therefore, likely be the best predictors of what the worker of the future looks like, but when Strauss and Howe came banging on the hood of their Daddy’s Porsches, those kind of Millennials didn’t have parents living in Fairfax County, even as they actually entered the workforce in larger numbers and faster than their “white alone” counterparts.

But as Strauss & Howe certainly showed (at least since 1584), it’s those old white dudes who get to actually write the history while their subjects are living it, history and HR sharing an obvious spirit de corps.  Their subject pool from which all this sprung might have been completely accurate as applies to a bunch of rich white suburban kids going to top colleges.  It probably is, if my average career tenure, need for constant positive reinforcement and preference for real time communication attest.

But I was born in 1982 like those kids surveyed, and like most of them and the authors themselves, absolutely inherited a sense of entitlement, because, well, those “white alone” men of a certain tax bracket have a pretty good track record of things working out.  Although, as the fact that I’m now writing a recruiting blog suggests, sometimes it’s not exactly according to plan, although thanks to Howe and Strauss’ professional colleagues, planning has become pretty passé post-recession.

In 1999 (ostensibly when the study was written and edited prior to its published date), it was pretty easy to go with that flow.  Clinton was presiding over an Eisenhower-like economy, the internet bubble hadn’t yet met the Oil Embargo and protracted war in a far off land was the distant memory of a past generation.  Yeah, weird how different that world looks to Boomers and those crazy Millennials, but apparently, the fact that Walter Cronkite actually reached a higher percentage of households nightly than Twitter probably ever will is apparently too much to comprehend.  No, he never incited a street revolution – in those days, the Millennials’ parents over at the CIA got to have all the fun with that stuff.

But as those Boomers should have known when predicting, in the non-ironic title of their book, that these kids today would follow their parents as the Greatest Generation, is that Camelot vanishes into memory in the blink of an eye, and entrenched, pointless war followed by hard times leads, inevitably, to questioning the fundamental tenets of society.  And workplace culture and team dynamics are one of the most pervasive tenets of ours, this place most of us go for most of our waking time.

So with Gen Y less worried about getting a trophy than finding a job, Boomers hanging out past when they were supposed to firing up the Winnebago for that final ride into the sunset and Gen X plateauing in middle management, yes, the workforce changed.  But not because of generations, but shared experiences interpreted through very different contexts.  History does repeat itself, but not as conveniently as that paid consultant would have you think.

Nothing I’ve just stated has misrepresented the actual administration of the methodology used in gleaning the key source material for “Millennials Rising,” (to save you the time of slogging through it) which, in another awesome twist of timing, came out right at the same time where the public’s perceived largesse of youth excess perpetuating the dot-com bust had pretty much peaked.

The studies and source material are less Pentateuch and more Dianetics: the prophets are pretty well documented, and not all their work is all that profound, whether pulp fiction or policy reports. And there’s a clear pricing scheme attached – whether that’s e-meters or dynamic performance reviews, which are basically the same concept.

4 Comments on “Millennials Drive Like This: The Why of Gen Y”